Below are links to TV & Web appearances and news stories about the progress of my journey from “fat” to “fit.”

May 26, 2015
Christine Saxe of the Colonie Town Library talks with Stacey Morris, author of Clean Comfort, about how she lost 185 lbs. without dieting, surgery, or losing her sanity. [watch now]

September 28, 2014
In this broadcast on NBC affiliate WNYT in Albany, NY, Phil Bayly asks me about food, dieting, the pain of being nearly 200 pounds overweight, and how I finally sprung myself. [watch now]

January 31, 2013
In this episode of public television station WMHT’s Health Link series, I took part in a panel that examined how you can maintain a healthy weight for life. [watch now] 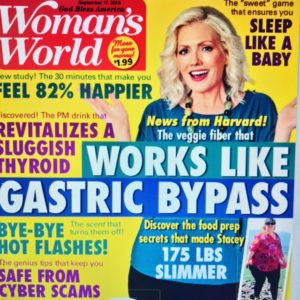 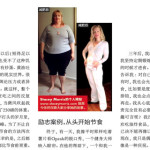