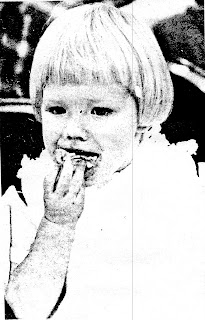 …Here are a few things I’ve learned these past 15 months:

It’s been just over 15 months I’ve been on the journey that began with watching Oprah confess she’d fallen off the wagon January 5, 2009. She snuck a via sattelite guest appearance by Carnie Wilson for a few brief moments, which alerted me to the existance of a man named Dallas who changed her Life. Dallas Page ended up changing mine too and naturally, I’ve learned a lot along the way. In the Spirit of paying forward, here are some of the things have gotten me to where I am today: 150 pounds lighter, unquantifiably freer emotionally, and immeasurably happier because I’m truly alive for the first time in my life. It’s great to be lighter, but I spent the latter half of my 20’s, entire 30’s, and the first half of my 40’s working on my self-esteem. Without it, life has no Magic…and all the skinny in the world won’t help.
The biggest thing standing in the way of me making changes was food – and my overwhelming attraction to it. Easier said than done to simply eat less. For years I had no desire to give up the mass-quantities. No one was telling me what to do. In other words, there was no motivation. Thought motivation had left the building as far as I was concerned…and then I saw my genetic twin, Carnie Wilson looking breathtakingly happy and healthy and motivation was suddenly ringing my bell again. It’s an essential element but it’s also the wildcard. There’s no explaining how or why it kicks in…or doesn’t. Embarrassment, poor health, unhappiness weren’t enough to get me motivated…for YEARS. But I kept working on self-acceptance and loving myself no matter what my size. I knew that was the key and one day, things came together. Doesn’t make sense in today’s world of dieting and quickie results. But that’s my story and I’m sticking to it. If you’re not in a place where you’re motivated, trust me, you’re well aware of it. All I can say is, ride it out with as much compassion as you can muster. Self-recrimination never got me anywhere.
I have decades of hardcore binge-eating under my belt. It’s a tough tiger to tame…even when motivated, but absolutely possible. Here are a few suggestions if you feel like you want to end the cycle:

For the Love of God, don’t make too many changes at once, it’ll be overwhelming and you’ll simply give up (who wouldn’t?). I had an ‘order of importance’ list I adhered to when I started in January 2009. At the top were my most dangerous binge foods = the foods I had basically been existing on during the 6 months before I found YRG. Crossing them off was enough of a challenge. But I was ready to make the sacrifice. To get me through the withdrawls, I existed on lots of cheese (I needed the indulgence to get me through), but I made sure to ADD produce with it. Fruits and vegetables had not been a part of my food intake and I knew it was time to welcome them back into the fold.

At about month three is when I agreed to eliminate gluten and cow dairy. Dallas was adamant about it and I’m glad he was…probably wouldn’t have done it without his strong-arming. The gluten wasn’t really that hard because there are so many viable substitutes for bread, desserts, pasta, etc. The cow dairy hurt. Losing that emotional security blanket scared me. I thought it would be impossible since I was such a lifelong dairy-lover. But Dallas Page has this way of frightening people through the ethernet, and like I said, I was ready and willing, so I did it. Eliminating the dairy and gluten changed my body like nothing else I’ve done – and I’m a lifelong dieter who has tried just about everything.

And since I’m not dieting anymore, I don’t play the ‘never again’ game. I have cheese when I really want it and I enjoy it and move on. When I use the word ‘eliminate’ I really mean, I don’t exist on it like I once did. Cheese was doing me no favors…not even that longtime weight-loss tool cottage cheese. Just marketing malarkey. Cottage cheese really never helped me lose an ounce. Without cow dairy clogging my system, I feel SO much freer and more energetic. I noticed about 3 months into it my body actually felt like it was humming. And it probably was…with Gratitude.

If you’re not ready to give something up, then ease back. Taper it a little…especially with the stuff you know is the most damaging. Try seltzer with lemon now and then instead of soda. Or gluten-free pasta instead of Chef Boyardee. You can even do macaroni and cheese with hard goat cheese and gluten-free pasta. Ditto for grilled cheese sandwiches. Check out Angella Cole’s site www.mypickyeaters.com and www.glutenfreegoddess.blogspot.com for FANTASTIC gluten-free recipes. And if you’re not a cook, there are plenty of gluten-free cookies and sweets on the market – most supermarkets have them in the health food section. In the beginning I wouldn’t worry too much about eliminating sweets – if that’s your crutch you may need it for a while. And from personal experience, sugar has not been harmful to me – in moderate amounts. When I get the urge, I have g-free cookies, cakes, cinnamon buns, etc. and they all have sugar. Gluten and it’s unhealthy, inflammatory effects are what really pollutes the body. Same with mucous-producing cow dairy.

Bottom line is, unless it’s a serious thyroid issue, those of us who have more than 50 pounds to get rid of are madly in LOVE food. I still adore food. It’s no crime. It’s quite a lovely thing to love food…but now I love it in a conscious state, not in a trance. There’s something about knowing there’s a beginning and end that makes eating far more pleasurable than it ever has been. And for this to be a long-term way of life, pleasure is definitely along for the ride. There are so many options: gluten-free stuffing at Thanksgiving, cream soups made with chevre or coconut milk, goat yogurt and g-free granola for breakfast, coconut milk ice cream bars, brown rice pudding, flourless chocolate cake. There are lots of options. It’s absolutely possible to eat ENJOYABLY and be Healthy and Release excess fat. How else could I have dropped 150 pounds while retaining my sanity? 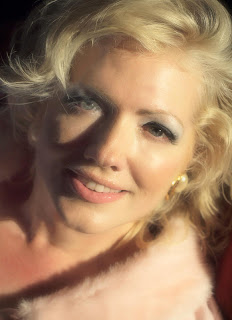