…they come to me more frequently now than ever.  And here’s who and what I have to thank for it:  Dallas Page and YRG (http://www.yrgfitness.com/), my role model Terri Lange, eliminating gluten and cow dairy, eating mindfully, feeling the feelings, long-distance walking, pumping iron a few times a week, and a good old-fashioned lightening bolt of Divine Intervention that got the ball rolling in the first place back in January 2009.

Today as I drove to belly dance class in my new and very compact car that I couldn’t have wedged myself into two years ago, I was struck by how amazing I felt. In a span of seconds came the awareness of the fortitude of my skeletal system, the fact that my abdomen is actually concave now, and of course…the elevated energy levels that come from physical activity and clean eating.

The fruits of my labor are my new normal now, but at 3:05 p.m. today I was really thunderstruck at how good balance feels. There is nothing that’s better than having the body, mind, and spirit aligned and humming.

It’s astounding what a generous a payback the YRG lifestyle yields. People who know my story (which includes regaining 100 pounds twice in my life) know I have a strict rule against being strict. My experience is that it’s a set up for a prison break, and prison breaks for me mean dividing my time between the potato chip aisle of the supermarket or the KFC drive thru.

I can’t say enough about the benefits of eliminating the poisons of gluten and cow dairy. In a month I’ll be 46…and I look and feel exponentially better than I did at age 20 or 18 or 16. I even look better than the two occasions in my 20’s when I lost 100 pounds. Must have had something to do with the fact that they were nothing more than white-knuckle episodes of excruciating and prolonged dieting. I was miserable and it showed, and not surprisingly, the unnatural state could not be sustained. I couldn’t wait for the arrival of the inevitable moment: a precision-executed swan dive off the wagon that would have made an Olympic diving coach proud.

And about that non-strictness policy…two nights ago I thoroughly enjoyed a fried chicken dinner (on the side was kale instead of butter-infused mashed potatoes and biscuits), the week before that when I was really feeling ready to enjoy it (this was not a moment of feeling-avoidance) I ate a g-free cupcake that was crowned with a thick, gorgeous butter cream frosting. The process of ingesting that cupcake was slow, deliberate, and liberating. These were things I used to binge eat in shame when I was ‘bad,’ or would declare banished forever when I was ‘good.’ And while I’ve made the choice to largely eliminate cow dairy, I start my day the way I have for the past 15 years: with a steaming double espresso splashed with light cream and a little honey. As I realized early on this time around: it’s not about eliminating pleasure, but managing my misuse of it.

I still get lots of pleasure from food. More, actually, than all my years of binge eating, because I’m actually paying attention when I eat now. Last night, I was up well past midnight making a triple-batch of gluten-free zucchini bread. It’s glorious. People who’ve tried it have no clue it’s gluten-free and absolutely swoon over it. I promise to post the recipe soon.

Tomorrow I’m heading due west to a family reunion near Buffalo. It’s a long drive, but I’m packing the bread for the legions of curious relatives who’ve been asking me via e-mail how I manage to survive not eating wheat.

It’s a small offering and only a tiny part of the puzzle, but I’m hoping that a moist slice of perfectly sweetened, homemade bread and the visual of my completely transformed body and spirit may be enough to convince them that change can and does happen – with minimal suffering. 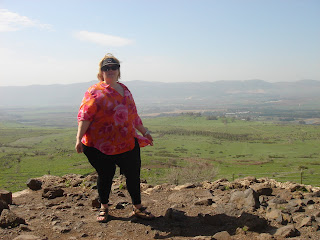 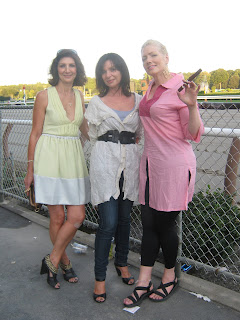