The unconscious mind never fails to amaze me with the breadth of its power. Its moves are far more rapid than a ninja’s and its precision infinitely sharper than any laser. And I know, even without awareness, that its powerful stealth drives me. So I’m writing this more as an open letter to that vast, unseen, and ferociously powerful part of my being that drives the bus.

Unconscious, when you read this letter, perhaps we can make a little peace. Like the truce we’ve happily settled into where food is concerned. After years of negotiating, we no longer drug ourselves with it. Because of our collaboration, I’ve drop kicked lots of emotional baggage out of my life and the ensuing 170 pounds that went with it.

But like most complex situations in life, I find myself wielding the weight of a mighty sword with two distinct edges. What do I mean? The good news: I have my life back. The bad news: I have my life back. And now that the realm of food addiction is relatively smooth sailing, I feel the next challenge approaching in the distance…and one I’ve made every effort to avoid these past two decades: men. Actually that’s not entirely true. I didn’t avoid men completely; I did time in a 20-year relationship. What I really avoided was Love. Somewhere in that vast unseen mystery that is 90 percent of my mind, I equate it with pain.

I’ve only been in Love once in my life. There were lots of mini-infatuations along the way…and then, one deep and dizzying, hurling-through-a-distant-galaxy kind of Love where ticking watches and calendar time cease to exist.

Years before he and I met, a tea leaf reader predicted our liaison and its potentcy, reciting his first initial, describing his physical appearance, and announcing the time of year we would meet. She even saw that he’d be wearing a flowing wool muffler around his neck…all this from a clump of wet tea leaves. But sure enough, it came to pass one bitter cold night on a college campus in February.

I don’t have time or energy for the full script, but it was exhilarating, intense, and consumed every part of me. We both dove in full throttle. And I would have done pretty much anything he asked of me, including move to his country, learn his language, and adopt his religion. Only he never asked. Our liaison was also short, less than a year. And he ended it suddenly, with no real explanation. A few months later he transferred to a school on the west coast. To say I was devastated doesn’t come close.

Truly, I put all my eggs in a single basket with him…and he dropped it. And you can imagine what happened with the eggs. A real, ‘all the king’s horses and all the king’s men couldn’t put me back together again’ scenario. So I died. Went about killing the sexy identity I crafted via Weight Watchers and daily aerobics. I also offed the ivy-league student on the rise, and the traveling adventurer. I ate whatever I wanted with enough frequency that the weight came back and I didn’t have to feel a damn thing. I dropped out of the shiny, prestigious school, and moved back to the town where I grew up and never left.

Since I didn’t like being hurt, the unconscious swung dutifully into action. Did I mention that it operates in the most literal of senses? For example, Attractive=Incoming Men= Pain. The new operating instructions from below deck came loud and clear: Comforting Food=Numbed Feelings+Walls of Fat to Keep Men Away=Safety.

22 years after losing at Love, I rose out of the ashes in a way I never thought I would. There was the repetition of the glorious transformation of another triple-digit weight drop and all the ooohs and aaahs that come with it. No false modesty here, I Love being complimented. But it’s in perspective now and definitely not my daily bread. There were the joys of a shrinking waistline and burgeoning wardrobe…in a rainbow of colors I hadn’t worn since childhood. And eventually, men started looking again. That alone took some adjusting to. I knew I’d better get OK with it or risk another downslide.  And since I really do like dressing in color, I’ve decided downsliding is not an option this time.

I realize there may come a time when a guy decides to do more than look. Everyone’s asking me if the D-word has started and if not when??? The truth is I don’t know when…I’ve got mixed feelings because I’ve never been adept at it, never did it in high school. It’s always struck me as a forced and painfully hollow ritual. I suppose I’ll know when something feels right. I’m in no hurry. I’ve learned from watching others try and skip the post-break-up grieving process by frantically seeking out a warm body and making huge messes in the interim. Then again, I didn’t work this hard to end up living a monastic existence either. The funny thing is, I’m learning that I don’t need the weight to keep men away. Perhaps the unconscious still senses danger and is emitting a silent but shrill ‘Get the F*ck Away From Me’ vibe I’m not even aware of….sneaky little unconscious….let’s agree to work on that, OK? 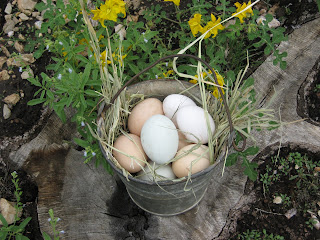 By Stacey Morris
0
Spontaneous Moments of Joy
Back In White