It was three years ago I made my annual pilgramage to Virginia to visit my sister and drink in the newness of another Spring as the earth awakened with pale yellow daffodils, cherry blossoms the color of cotton candy, and technicolor tulips, all amid the musical notes from the Robins as they prepped for impending parenthood.

There was something else awakening in April 2009.  Me.  I was four months into a life transition so profound, I knew that to attempt to put it into words would be a futile effort.  So I said nothing to my sister as I arrived at her doorstep after a ten-hour car ride.  But I didn’t have to say anything.  ‘Wow’ was the first syllable out of her mouth.  Dory last saw me over the Christmas holiday, but even in that short time, the physical changes had dug their roots deep enough for them to be, in her words, ‘dramatic!’

Like the nearly 200 pounds of excess weight I carried for 20 years, the 40 pounds I’d dropped since January was merely a symptom of the underlying cause.  In this case it was a state of peace and balance that shifted me from the inside out, making binge-eating not nearly as necessary as it once was. I cleared away the emotional debris and demons that had tormented me for so long.  The short list, in no particular order:  a crippling reflex to people-please, a toxic job, and an unhappy and unfulfilling relationship with a man who was kind and good-hearted, but not right for me as a life partner.

What I’m trying to say, and what I ultimately discovered after years of chasing my tail in circles is, that attempting to solve such deep issues by focusing on calorie-counting, fat grams, food combining, and all the other dieting smoke and mirror diversions was one of the biggest time and energy wasters of my life.  Because all that did was direct me away from the throbbing core of my real issues and into a safe-haven of a La-La Land where I could float obliviously above the turmoil and pretend that all I really needed to do was give Medifast another try. Problem solved.  Right?

Well, I’ll give you a hint.  I’ve dieted since the age of 9.  Regained 100 pounds back twice. And weighed in excess of 300 pounds for 20 years. Corralling food groups into a particular order, or heirarchy, numeric quantity, or timetable did nothing but keep me stuck.

In some Magical way, as only Life can, Life knew I was ready in January 2009. Because those 20 years of being a Big Girl weren’t just spent eating. There was plenty of therapy, 12-step meetings, journaling, crying, and ultimately laughing, as I discovered my worth as a human being had nothing to do with the numbers on the scale.  That was a major spiritual lesson I had to learn…and quite possibly the very reason I incarnated where and when I did and I wouldn’t trade it for anything.

But Life stepped in that particular Jaunary  (see the YouTube video on the previous blog for more details) by  putting situations and people in my path to wake me up, make me see I could no longer live in a state of denial about the pain I was in, and last but not least, putting two Angels on either side of me to walk me through the withdrawls of trance-eating and the foods I’d been addicted to for so long.

Their names?  Dallas Page and Terri Lange.  Both of them I consider to be two of the most honest, kind-hearted, and physically fit people I’ve met. And believe me, in all my years of grasping at gurus, saviors, diets, and other straws, I encountered truckloads of charletans. Dallas and Terri walk the walk.  Thanks to YRG and clean eating (no gluten or dairy) Dallas looks and moves better than he did in his 20’s, and Terri has kept her weight off for ten years.

They helped me for sure, but the key ingredient was, I was READY.  Ready to take a look at my life, ready to put a few healthy boundaries on my habits and food choices, and ready to listen to their advice.  I didn’t look at the road ahead.  I didn’t really care about the road ahead.  I only knew I wanted my Life back.  The life I never thought could be possible, but very secretly longed for.  I didn’t care how fast the weight came off, only that the changes that I made felt natural enough to live with longterm.

I told no one.  In my mind that would have implied I was beginning another diet.  And those for me have invariably had disastrous endings.  But that spring day I arrived at my sister’s doorstep, the transfomation was chugging, full and steady steam like a freight train.  I felt it.  She saw it.  We rejoiced in it.

Three years later, I’m back for another visit at Dory’s Virginia Shangri-la. The springs blossoms are exquisitely beautiful and so is my Life. Like my mentor, Dallas, I look and feel better than I did in my 20’s and I’ll be 47 this year.  My intent is to walk a similar path as my other mentor, Terri, and keep in balance long-term.  I know it’s doable.  I know obsessing on it is useless, and I know that remaining in a state that centers around self-love, gratitude, compassion for others, and feeling with awareness is the key.

I Thank God everyday for the Miracles of Spring…and of Life. Keep your eyes open for Miracles…they are not only everywhere…they’re normal. 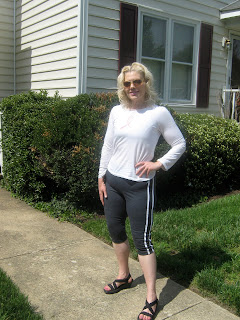 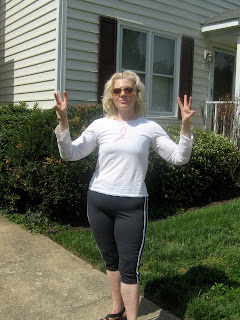 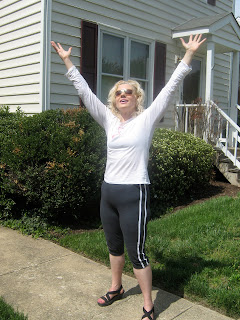