Thank God for Eggplant.
Its chameleon-like nature has rescued me on more than one occasion. (See the 2010 post for Eggplant Latkes)
http://staceymorris-hungryforthetruth.blogspot.com/2010/01/when-going-gets-toughthe-tough-make.html
Tonight, the urge for a salty bag of potato chips struck, as it does from time to time.
Here’s what I did instead: 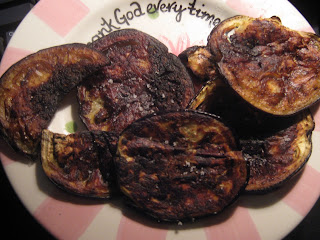 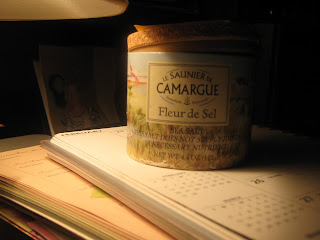 Meal rounded out with homemade vegetable broth and brown rice. And a few hours later, an egg white protein drink with raw cacao powder, ’cause I was cravin’ chocolate.
Yeah, OK, it’s winter, I’ve got the blues, and I’m going through some stuff. So in between sessions of feeling the feelings (ignore that one at your own risk), I eat well without taking a wrecking ball to my Health.
Bon Appetit and Love Yourself Well
♥
By Stacey Morris
0
Hungry For Protection
Does YRG Really Work?