There I was at the dinner table, ladeling Turkey Tetrazzini into white ceramic bowls – mine and theirs.  I don’t inflict my clean-eating ways on others, unless, of course, they choose to go willingly. And so, for this particular dinner, I made two versions of one of the most creamy and classic ways to enjoy leftover turkey. Theirs (‘they’ being my significant other and his teen-aged son): chopped turkey breast, minced pimentos, spices, and copious amounts of sour cream. The only difference in my version of the Tetrazzini was the sour cream was replaced by goat yogurt.
Both versions were tossed with al dente gluten-free rigatoni.  That’s because Significant Other & Son like g-free pasta, so we all cook with it. What they don’t dig, however, is the pungent taste and comparatively runny texture of goat yogurt vs. sour cream.
As they both raved about the Tetrazzini and how flavorful and creamy it was, they asked me point blank if I really like the taste of goat yogurt and the honest answer is….Yes. But truthfully, I like sour cream better.  There’s nothing like the richness of it and I’ve yet to find an equal in the world of goat, sheep, or soy alternatives.
And that’s just the way it is.  It’s the trade I’ve chosen to make when three years ago, I traded in 185 pounds of unwanted fat and trapped fluid. The price wasn’t as high as you might imagine.  There was no dieting, surgery, or drugs involved. But some fine-tuning of the food I consumed was in order, and I decided the best way to make the trade is by doing it honestly and not kidding myself.
We all know there’s no shortage of weight loss philosophies and gurus out there who build their premise on deceit.  The smoke-and-mirrors-trickery of “this bone-dry, oven-baked ‘fried chicken’ tastes just as good as the real thing.” Or ‘Try this alfredo sauce made with fat-free half and half…you’ll never know the difference.”
Uh, yeah I will.  I’ve tried all the tricks.  All the ways to keep some of my favorite binge foods in the equation while erasing the calories and ensuing physical damage.  Doesn’t work.  Not by a long shot.
Three years ago, I stepped on the scale at my doctor’s office and stood there in silent horror as the digits scrolled to 345. The time had finally come to reverse the tide.  I was 44 and battered by a lifetime of yo-yo dieting, so let’s just say I’d become an expert at what didn’t work.
Dieting and severe deprivation were out of the question. So where was I go to?  The middle road.  At long last, after a lifetime of swinging like a deranged Tarazn between the extremes of gluttony and starvation, I realized that freedom and long-term success would involve the two extremes integrating into a way of life that spelled the end of drastic and unrealistic measures.
Pleasure was an immutable part of the equation.  But the destruction had to go…and it couldn’t be ejected forcibly.  I’d tried and tried so many times to eliminate binge-eating by sheer will, by becoming a harsh drill sergeant and screaming ‘STOP!’ as if such a simple command could bring an addiction to its knees.  Each attempt only got me further in the hole. Here’s the other awakening I had three years ago:   the binge-eating would only be eliminated when I faced the reasons I was knocking myself semi-unconscious with food in the first place. Admittedly easier said than done, but worth walking through the fire for.
So here’s a rough outline of my relationship with food now.  It stems from honoring my particular likes and dislikes.  I’m realistic enough now to accept that I won’t eat a food I’m not into, no matter how healthy Dr. Oz says it is. But it can’t all be a pleasure ride or else how could I drop 185 pounds without dieting?  I’m mindful that my body requires certain amounts of protein, fat, vegetables, and carbohydrates to function properly.  So now I listen hard to my body…and NOT a magazine or diet that tells me what and how much to eat. I also want those combinations to be as interesting and enticing as possible.  Sometimes on days I workout hard, I’ll augment the protein intake with an egg-white protein drink (I actually love them now, especially when super-charged with a heaping spoonful of cocoa powder). And then there are the days when a Turkey Tetrazzini casserole, buttered gluten-free bagel, or a slice of flourless chocolate cake are the only things that’ll fill the bill.
Thanks to the advice of the mentors who led me out of the woods, Diamond Dallas Page ( WWW.DDPYOGA.COM ) and Terri Lange, I was handed priceless advice on a silver platter:  eliminate gluten and cow-dairy from my repertoire and watch what happens.  I have tremendous respect for them both so I listened, even though I doubted I could live without cheese longterm.  Guess what?  After the initial month-long period of withdrawal, I felt better than I ever thought possible, so I kept running with it.  And began to enjoy the undiscovered world of goat gouda, truffle-infused chevre, and peccorinio.
Sometimes, goat and sheep cheese is comparable or actually better than its cow counterparts and other times, as with sour cream, the substitute doesn’t quite float my boat. When I began eating clean, I wanted to go about it honestly so I did the requesite mourning for the fat-injected flavor of cream cheese, the cottony texture of wonder bread squeezing a tuna sandwich together, but in a post 9-11 world, how can I really view such a loss as tragic? Even more so when I  saw the amazing return on my investment: down 12 sizes, feelin’ groovy, and able to do things I’ve never done before…like:

*  Spring myself from a chaise lounge without back-up
*  Shop for clothing anywhere but Lane Bryant
*  Cross my legs
*  Gracefully eject myself from ’68 Corvette Coupe
*  Navigate a crowded restaurant without knocking chairs over, Godzilla-style, with my hips

The short-list of freedoms may sound like small potatoes, but to anyone who’s been in bondage for any reason or length of time, I don’t have to spell out how valuable it is. There’s nothing like it.  The physical freedom is probably the most obvious to those who have known me for years.  I love looking and feeling free.  But what I love hearing most is when someone says to me my eyes have life in them again.
It’s true…I’ve returned from the underground of a 20- year slumber.  It’s good to be back.  And if sour cream has to take a back seat, do you think I really mind? 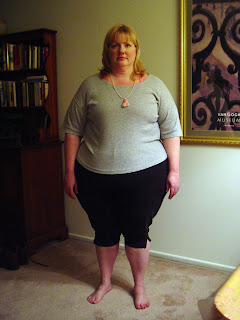 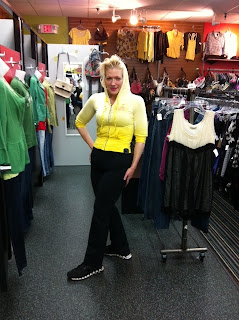 By Stacey Morris
0
December Reflections Or: Yes, This Really IS My Life
If You Bake It, They Will Hum…