File this under further explanation of How I Did It:

I’m still sticking by my original story: I dropped 180 pounds without dieting. But that doesn’t mean I didn’t have a plan of some sort. I just chose to keep mine loose and non-rigid because my personality type dislikes too much rigidity. I need boundaries and structure, they’re essential to progress, but too many absolutes and too few personal choices infringe on my dignity, and assume that I have no personal power or intelligence where food is concerned. I once believed, vis-a-vis certain self-help philosophies that I was powerless, utterly impotent where eating was concerned, and that food was a towering, fire-breathing, roaring version of Godzilla that would level me with a single swag of its tail.

In time and with patience (read: lotsa trial and error) I learned I DO have the final say. Which lead me to the magical discovery of the importance of portion control. Boy, I’d resisted this one tooth and nail! NO one was gonna tell me how much to eat, NO ONE! For decades I’d not only bristle, I’d become enraged at the idea of eating till I was satisfied but not stuffed. It’s also important to note that I was in emotional crisis: toxic job, unhappy relationship, imprisoned by 180 lbs. of extra fat. I’d gotten myself into quite the mess and the food was actually NEEDED for me to survive and get through where I was at the time. That’s just where I was in 1995 from an evolutionary standpoint. 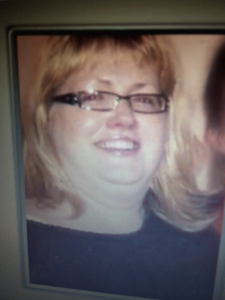 The ’90s…Stuffed in more ways than one….

Intellectually I knew food wasn’t the answer, but I was in too deep to simply “Just Say No” to the Little Debbie’s or the Cheetos. This next part is vitally important to nail, or else you’re probably going to continue to fix your problem with a food plan or calorie counting: Start working on what you CAN fix. If every fiber of you wants to comfort yourself with food, let it be. I’m telling you from experience that’s too big a monster to tame in quickie women’s-magazine-fashion. You’d have better luck getting Godzilla to heel using a poodle’s leash. Work instead on your innards: How are you speaking to yourself? Are you kind and patient, or are you vicious and demanding? What’s getting under your skin…or who? Is there anyone you need to stand up to or set a limit with? That’s scary stuff…and it sent me running to the chip aisle of the nearest supermarket or gas station. Are there people you’re lashing out at or mistreating because of your own state of unhappiness? It may be time to face it and own up to behavior that is harming others, and ultimately, yourself.

These were all things I tackled, one at a time, with courage (because a lot of the time I was shaking with fear as I took the leap), and always with support. You have support here, on the wonderful Team DDPYOGA, and hopefully in your immediate circle of friends and family. I tackled them because 1) They needed my attention and could no longer be ignored and 2) I wasn’t ready to tackle my relationship with food. I didn’t have the inner strength. That took time and practice. And when I’d built up enough, then and only then could I think about eating till I was satisfied but not stuffed. No more lying down after a meal (or a binge) to ease the burden on my distended stomach. I’d eased my emotional and psychological burdens sufficiently to no longer need food as an urgent anesthesia.

Emotional distress comes and goes now. I deal with it as it arises and it’s kind of like drop kicking a tiny gargoyle out of the house. Tiny gargoyle’s are SO much easier to boot out of one’s life than Godzilla 😉

And on those occasions, like this past Sunday, when a bountiful plate of food is put in front of me, I’m able, without a lot of hemming and hawing, to do the following:

Eat a little more than half of a gorgeous, delicious, three-egg omelet stuffed with sausage, caramelized onions, and melted Manchego. The rest went into a storage container until today when I enjoyed it once again for lunch. 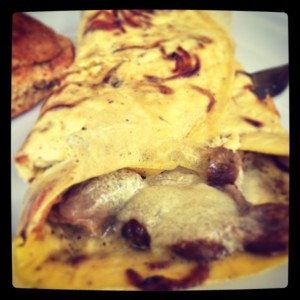 The Omelet is Overstuffed…Not I

I didn’t continue to eat past full, which meant no probability of fat storage, which also meant I had a free pass of a no-cook meal for later in the week. If that’s not a win-win, what is? 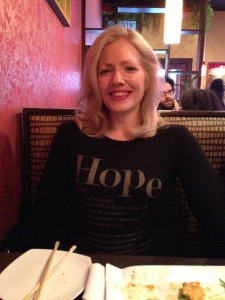 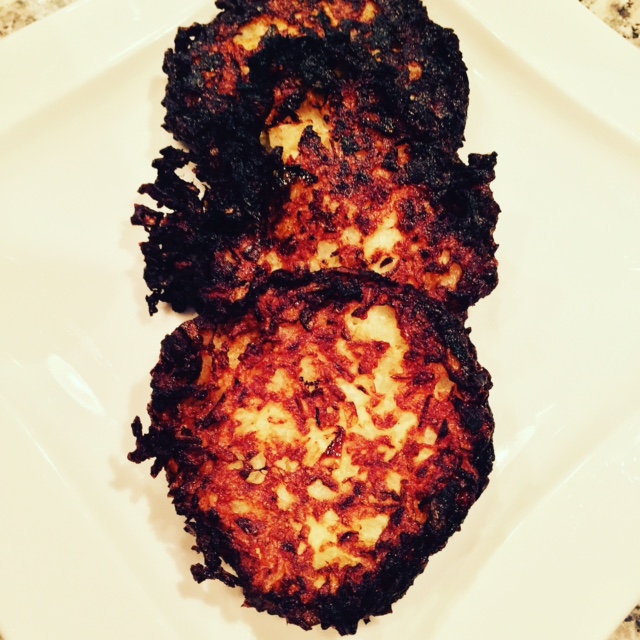