I can’t say I was ever a fan of Elvis Presley’s music, but the man himself was undeniably intriguing.  How could he not be with the velvety voice, uber-charisma, and white-hot fascination of his fans which only seems to have grown stronger with each decade following his 1977 passing.

And then there was The King’s attraction to food.  His alleged comfort food binges even seemed to rival mine in ferocity and scope.  For that, he has earned my eternal astonishment, because not many of my eating buddies could keep up with me. I tended to outperform them all.

I feel a twinge of sadness anytime I hear of a binge-eater (famous or not) who never escaped the cycle that goes something like this: gluttony, self-loathing, severe dieting…repeat. It’s really quite awful. I was stuck in it for decades.  But I was luckier than Elvis and his generation.  I was bolstered by phenomenons such as the Self Help movement, New Age Spirituality, The Oprah Winfrey Show, Pop Psychology, and various factions of the Fat Acceptance army who, little by little, illumined to me the Truth that I wasn’t a horrible piece of crap afterall…just a wounded one, who needed Love and Acceptance much more than she needed a diet or gym membership.

Please refer to blog posts under the ‘Heart’ category to read in more detail how I made peace with myself, which included embracing my weight as well as my wounds, and standing vociferously up to the size bigots, until they eventually faded from my life. It’s shocking, I know…but bully’s detest confrontation.

And as for how I made peace with food, check out the Head and Hips categories for specifics on how I deal with cravings, remake former binge and comfort foods, and how I do it all while (most of the time…I’m no robotic saint) incorporating whole, health(ier) ingredients.  Like these banana ‘bread’ muffins for instance!

The word ‘bread’ is qualified because there’s no flour involved. They get their heft from Garbanzo beans and sweetness from bananas, but they taste and feel enough like banana bread to disseminate the recipe and let you be the judge. The Elvis part came after wondering aloud if this might possibly work as a clean version of  one of the King’s favorite snacks:  The Peanut Butter and Banana Sandwich, which he preferred pan-fried if legends are correct.

In my own adventures with reformed eating, I’ve come to learn that it’s enough to approximate flavors and textures of decadent concoctions such as the above sandwich. Or chocolate cake, or full-fat gelato. In other words, as long as I’m getting the genuine flavor and texture of bananas, bread, and peanut butter, I’m good. It doesn’t have to be jammed between two slices of butter-smeared, squishy white bread and fried to a greasy crisp.

So here it is, my version of something Elvis is said to have loved.  And considering the brilliance of the pairing of peanut butter and banana, I have to say I agree with the King on this one. It’s an irresistible combination.  And would like to think that if Mr. Elvis Aaron Presley had access to all the help I did to get me where I am today, he just might try, if he were here today, one or two of these sweet and sticky little gems…and probably like them.  Here’s to ‘ya, King!

The Reformed Elvis  or:  Stacey’s Version of The PB&B Sandwich

Preheat oven to 325. Blend all ingredients in a food processor until smooth.  This will take a few minutes and require some scraping of the sides. Spray a six-muffin tin with cooking spray. (Or use a medium sized loaf pan). Place batter in each muffin cup, filling 1/2 to 3/4 of the way. Bake for 30 minutes then turn oven off and let muffins cool in the over another 15-20 minutes.  Bean-based batters tend to be ‘wet’ and heavy, so a little extra heat is required. Enjoy muffins at room temperature or when still slightly warm.  Optional: slather tops with peanut, almond, cashew, or sunflower seed butter. Proceed to moan. 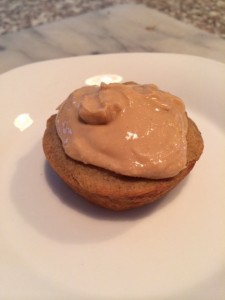 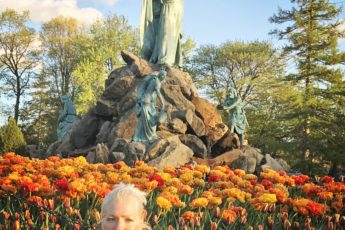 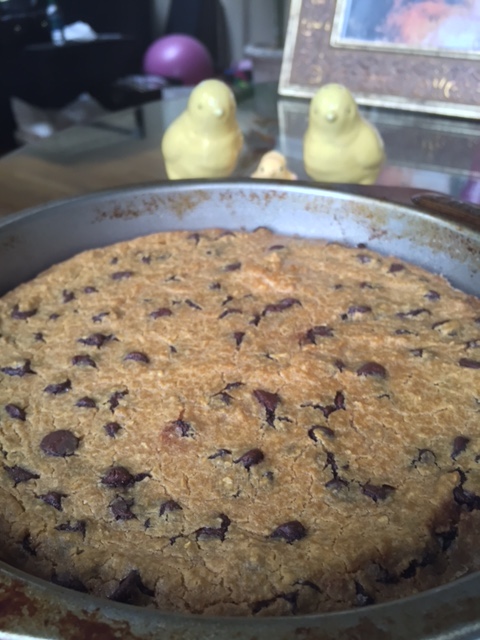