I’m not Jewish, but my soul sure could benefit from an honest appraisal of myself and how I can do better in the coming year. If I were sitting in services this evening at temple, what mistakes would I be acknowledging?

Now, in terms of character flaws, I’ve committed some serious infractions.  Most of them took place during my ‘eating years,’ when, numbed out from overeating and on the lam from reality, I tended not to care whose feelings I’d shred to ribbons if my mood happened to be a foul one…and often it was.

To rid myself of such awful tenendencies took time, discipline, and a willingness to mature emotionally.  And I’m not saying I don’t have my cranky and irate moments, but nowadays, I choose to temper my reactions and refrain from lashing out at others. In essence, I’ve given up the lower-nature practice of hurting people just because I can.

Like my spiritual role model Shirley MacLaine, I’ve spent most of my adult years smoothing out all the personal shortcomings I can find (except the ones I don’t notice).

For the most part, my life and relationships are a pretty smooth road. But what still remains in terms of remorse and repentance?   As I dug a little deeper into my psyche, I realized there’s an unhealthy habit I still cling to which oh-so-subtly harms me and those I care for.  And in a year’s time I’d love to be rid of it for good:  I don’t tell people how I feel.  And by that I mean the good stuff.

I look back on some of the relationships that mattered most to me, whether it was my parents, a favorite babysitter or teacher, my Aunt Mary, a college friend, or an editor who made my writing better, and feel the sting of omission.

I’m not saying a gushy stream of “I Love Yous” is everyone’s style. It isn’t mine either, but that doesn’t mean I couldn’t have expressed feelings along the lines of affection, gratitude, and admiration that were silent but swirling below the surface like an underground geyser.

I wish I knew why vocalizing positive sentiments feels so awkward to me. I’ve gotten better at it, but difficulty still plagues me.  If I were even occasionally more open with the people closest to me, there is a very high probability that they would be stunned at the verbal bouquet of glowing adjectives about them that flowed from my mouth.

If I’m being honest with myself, the reality is, I’m simply not comfortable with it…and by ‘it’ I mean aligning my head with my Heart, which always seems to be brimming with an open-armed kind of love and doesn’t know the meaning of being critical.

Instead, I tell myself it’s a safer option to hide this colorful, love-giving, and velvet-tender part of me…God forbid I should look foolish.  But I’m nearing my 5th decade, and what good has it done shield something so potentially beneficial behind an armor of indifference?  Or the armor of, “I’ll tell her how I feel in next year’s Mother’s Day card?”

Next year’s never a guarantee anyway.

My father and I always had a somewhat rocky, Ralph-and-Alice dynamic in our 40+ years as a father-daughter unit. We tended to communicate in a way that sounded a lot like bickering.  And for the most part it was good-natured bickering, but still, but the tone established between us became both a habit and a convenient covering to some of my deeper rooted feelings for him, specifically, that I silently adored him.

There’s no truth serum like the shadow of death and when my beloved Aunt Mary was diagnosed with pancreatic cancer and given six months to live, you can bet I spent as many hours as I could at her side, and told her in no uncertain terms what she meant to me. And last September, as my Father’s decade-long ordeal with Alzheimer’s was coming to a close, I knew it had arrived:  a minutes-long window of opportunity to take a wheel-spinning, Thelma and Louise style risk, or let the moment fizzle and pass into eternity.

Heaving out a sob, I decided to let the armor drop, relieved as it finally clattered to the ground. Then I gripped his hand and kissed his left temple.  “I haven’t wanted to admit this,” I whispered. “But I’m going to miss you.”

It was a simple statement of truth, predicated upon my state of extreme vulnerability, and obscuring it with my mighty shield just wasn’t an option.

The producers of Thelma and Louise never did reveal the final fate of the movie’s heroines as they triumphantly drove their getaway convertible off a cliff.  The frame froze and they hovered magically in mid-air.  I’d like to think the two trailblazers had a Chitty Bang-Bang style of an ending, soaring off towards the clouds instead of plunking to the bottom of the Grand Canyon.  Because that’s exactly how I felt in those final moment with my Father. And actually, it’s how I feel every single time I’m real with someone.

So I’m pledging allegiance to my feelings of admiration, respect, and Love this Yom Kippur, asking forgiveness for all the times I let the moment of truth die, and promising to do better this year…especially to those who matter most to me.

By Stacey Morris
0
A Captain Crunch Craving: How I Handle It Now
Celebrating A Sugarless Birthday – By Choice 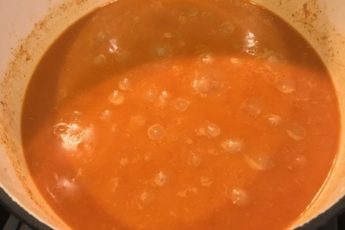 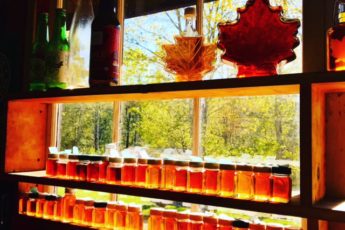