Not long ago, I came across an intriguing philosophical ‘ism on Facebook: a black shirt that bore hot pink writing on the front declaring “Strong Is The New Skinny.” Loved it. Even if I still take issue with ‘skinny’ as being an enviable state. What I didn’t really dig was the fact that it was sleeveless. I haven’t worn anything sleeveless since The Brady Bunch aired every Friday night.

So here’s my confession: even though I made an avocation out of being confident and self-accepting all those years I weighed 300 pounds+, I was never one of those big girls who had the courage to wear mini skirts or tank tops. There was no hiding the fact that I was nearly twice the size of just about everybody when I walked into a room, but baring my upper arms? Unthinkable. I felt tremendous shame at their overstuffed size and flapability. And guess what? Up until this morning I still did. I may have dropped 185 pounds through DDPYOGA and clean eating, but my upper arms never got the memo. I’ve got a pair of bat wing fit for handgliding off a cliff. I’m not putting myself down, it’s just a fact. A fact that may oneday change if I keep up the clean eating, DDPYOGA, and other forms of exercise I indulge in regularly.

But that tank top with the clever saying stopped me in my tracks that day and forced me to no longer hide from my upper arms. I placed an order and as I hit ‘send,’ knew that this was a shirt I’d be sharing with the world. This morning, I wore it to a hot yoga class, a place where virtually all shapes and sizes of people are grunting and sweating on their mats, and all of them attired in sleeveless shirts. For a month, I suffered through the 90-degree classes wearing 3/4 sleeve shirts. This morning I walked in dressed like everyone else, realizing it was time to give up the old beliefs of how I should look, time to give up the shame, and time to just start being who I am in this particular moment.

I even, for the first time, lay my mat in the front row. I had nothing to hide. It was OK to be front and center, and it was OK to wear my new shirt. From years of prior experience, I can tell you that self-recrimination is a choice. I engaged in it for years. Years of following like a catatonic sheep the ‘beauty’ industry’s directive of how I should look. Well guess what Shape, Self, Elle, and all the others…THIS is how I look. Period. No explanations or apologies.

Of all the e-mails I get from readers, the number one question by far is from women who are at the start of their journey, and already in a pre-panicked state over having loose skin when the weight’s gone. This concern has always puzzled me for a number of reasons.

1. If you haven’t gotten to the end of the road yet, you don’t really know what the outcome will be.

2. If you don’t take drastic measures, like crash dieting or bariatric surgery, the weight will come off at a safe pace and loose skin won’t be as likely.

3. If you exercise regularly, loose skin won’t be as likely.

4. Even if the worst case scenario pans out and you have (gasp!) loose skin…wouldn’t you rather have that than the burdonsome 50, 100, 200 extra pounds you were saddled with?

I know from experience, all those years I wasn’t ready to stop binge-eating and take an honest look at myself, I’d look (often subconsciously) for any excuse in the book to sabotage plans to clean up my life and get the weight off. If you’ve decided that loose skin is too big a risk to take or too hideous an imperfection to live with, then I’d say you aren’t ready. No judgements. Just be honest with yourself about it. I wasn’t ready for years. I dropped the weight when I’d done copious amounts of inner healing and practiced self-love until I was fluent in it. For decades I would not and probably could not give up the binge-eating. But I started with movement. If that’s all you’re able or willing to do, that’s PERFECT. Start with walking…or DDPYOGA if you prefer privacy. But movement will begin to heal you on all levels.

On the biggest, most fat-retaining parts of me, I have loose skin where there were once pillows of fat. My upper arms and inner thighs are not areas I’m enamored with, but I don’t dwell on it. Why would I? I’m 185 pounds lighter. I’m immeasurably freer. I’m leaps and bounds happier because I can move easily and without embarrassment. Last night I had dinner in a crowded restaurant where the tables were only inches apart from one another. Five years ago I would have broken into a cold sweat knowing that taking a seat at the banquet meant risking knocking a table askew. Believe me, that was a regular occurrence at 345 pounds. Do you have any freakin’ idea how wonderful it was to slide into my seat without incident? And get up to use the restroom instead of painfully holding it in throughout the meal because I didn’t want the embarrassment of pulling tables apart so there would be enough room for my departure? It may sound like no big deal, but when you were imprisoned by nearly 200 extra pounds, such freedom of movement is pure, unmitigated glory.

Those of you hoping for a Sports Illustrated sort of ending to my story, well, I think it’s safe to say that, at age 48 and a half, the bikini ship has sailed. Maybe with some lipo, and dedicating all my free time to weight training and ab work, and subsisting on vegetable and egg white omelets (that’s how the fitness models do it, I’m told), I’d have a shot, but I’m just not interested in that unreasonable a price tag.

I look good with my clothing on. I’m happy. I’m healthy. And I can take flights of stairs without sounding like a locomotive. All things I’d never thought would be a reality for me in this lifetime. Do you really think I’m going to spend an ounce of energy lamenting loose skin? 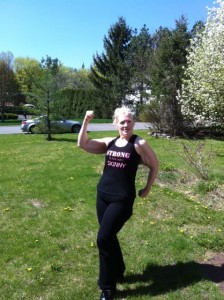 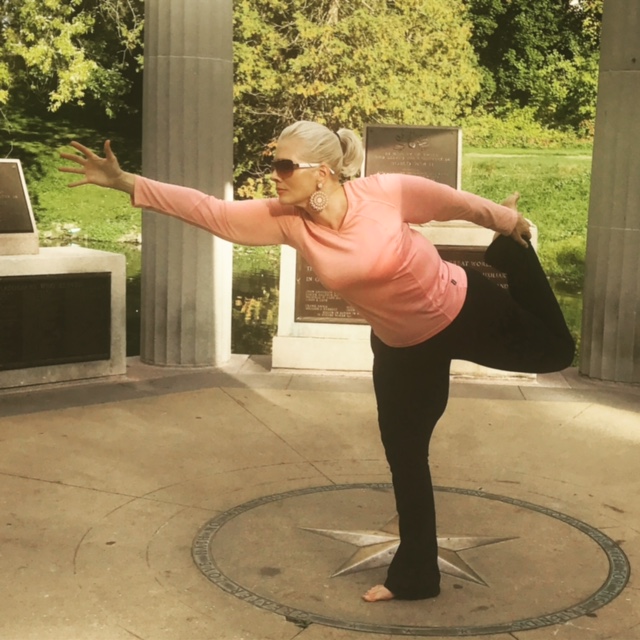